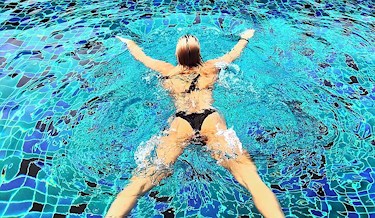 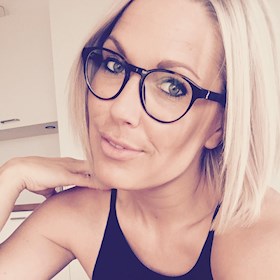 June was supposed to be the month of my 6th vacation, getway, trip....you know, but the thing is, I had so much going on in June that I didn't have time to travel. I guess it's called prioritizing, because I could make time to travel if I wanted to, but I didn't wanted to miss out on any of the events that went on that month.

1) The beginning of June was also the time of Distortion, a street festival in Copenhagen. For the 6 years I've now lived in Copenhagen, I've attended the street festival every year! It's worth a try, even if you live outside Denmark, and it's a good way to meet new people, because everybody is walking around, hanging out in the streets, having a party. There is always good food and you can bring your own drinks if you want, but there is also some good options and offers drink wise.

I usually go Wednesday and Thursday, where it takes place at Nørrebro one day and Vesterbro the other day. Those are the best days, if you ask me. There will be a program with DJs and artists preforming, but it's also possible to experience pop up concerts, which is pretty cool! Imagine a party in the streets you normally shop, bike, live - it's fun! 2) The first weekend of June I threw my 30th birthday party for my friends, or at least the 18 of them that could participate. It was such a great party!

Some of us started with a drink at my place, and then we took a cab to the location - Köd - which is a very nice restaurant chain. My party was at the one located at Vesterbro.

It was a 3 course dinner with a free bar of wine and beer. For starters we had the best carpaccio I've ever tasted - and I've tasted a lot! I'm serious, it was soooo good! And we had some bread pieces with some estragon-ish mayo on the side, which was also very delicious.

The main course was platters of roast, chicken, 2 kinds of fries, salad, pepper sauce and bernaise. I'm so sad I couldn't eat much, because it was also very delightful. The roast was fried to perfection, after my taste (medium - rare), the chicken was very juice and one kind of the fries had such a good crunchiness! It probably sounds like I was hungover, but I wasn't! I'm even craving that meal right now. There was SO MUCH food and everything was very good! For dessert we had a blueberry, crumble cheese cake and coffee...yummie! I can only recommend that restaurant! #fivestars

After the food marathon we had some pitchers with sangria and dark 'n' stormy, and at 1AM we went to a club called Blume, where I usually go. Here we had two tables ready for us, and too much booze! It was such a great birthday party! We danced all night, of course!

Two groups of friends had arranged some entertainment during the party, which was very cute, but also fun. They had prepared speeches, aaaaw, ad funny and somewhat embarrassing quiz, One friend had even made a DIY photo wall, which was a very good feature, and everybody were getting fun photos with it. THANKS TO ALL WHO PARTICIPATED <3

Sadfully all the pictures from this night are a bit blurred.

3) The second weekend I went to Northside - a music festival in Aarhus, Denmark. I went with my friend Mai and we had arranged to stay at some hospitable woman's house, whom we didn't even know! It was a great weekend with a lot of good music and some new friendships. Hanne, who we stayed with, was such a sweetheart, and it turned out that we had so much fun together, also with the friends of hers. 4) The following weekend was the end of one good job and the beginning of a new, yet old job. I ended one year as an Investment Banker and went back to be a Financial Advisor, with my old portfolio of clients. I still think that was a good idea, and I love being back. Sometimes you need to listen to yourself and be egoistic. It's good to be back and feel like you can make a difference for some people, create opportunities and help people fulfill their dreams! This is the right place for me right now. Even though I love to plan ahead and think about my future, I'm also very much living in the moment. If you aren't feeling comfortable in your life, you need to look at the factors you are able to influence, and make a change. This time, it was job wise for me.

5) My coworker and girlfriend is getting married, so of course we had to throw her a bachelorette party. A fun and eventful day with the best possible weather (and some very good food all along). First she had to open a present from each guest and guess who bought it for her, then we created models of penises in clay, we had lunch in a park, we biked her around in a Christiania Bike, we did a toilet race (where we literally raced each other on toilets with motors - omg! Ha ha! ) Then Nadia had a pedicure, we all had sushi and tapas for dinner, a lady with tarot cards came and did a session, aaaaand then we went out at the bar "Barcelona". All in all everyone had a great day, especially the bride to be.

I'm looking so much forward to be their toastmaster next month at the wedding - yay! #InCharge 6) The last weekend of June I went to the northern part of Jutland, which is actually the area that I grew up in. My friend was living in a cottage house for a couple of months, so we needed to take advantage of that, so my friend Pernille and I went up North to visit Maria for a girly weekend.

It was nice with break away from work and daily errands, but the weather was also doing us good that weekend. We had such a great time in that cozy cottage house: We had sushi, we talked for hours about men and everyday life, we tanned, we went out for coffee and cake, we had G&Ts on the porch, we did a jumping photo shoot (HA HA), Maria's boyfriend did a barbecue for us, we had drinks and a music quiz by night. It was just the quality time together, that I guess we all needed. Who are those two geeks in my glasses? :-P

I took 2 days off after that weekend, to visit my friends from home, my parents, and to babysit my nephews. I always try to make time for them all, when I'm back home. It's sad we only have such short time together when I'm there, but that's also a good way to make the best out of it every time.

What an eventful month! But I guess it's not very unusual that my weeks are pretty packed. I like to do stuff, socialize and be out there. That's who I am, and I love it. (The past two days I feel like I've done nothing. I even took a day off to do nothing, so I also compensate for all the socializing sometimes.....)!

Soon I'll write about my trip in July to the Azores, and right now I'm planning my August getaway, so there is a lot more for me to write about in the future, and for you to read about.